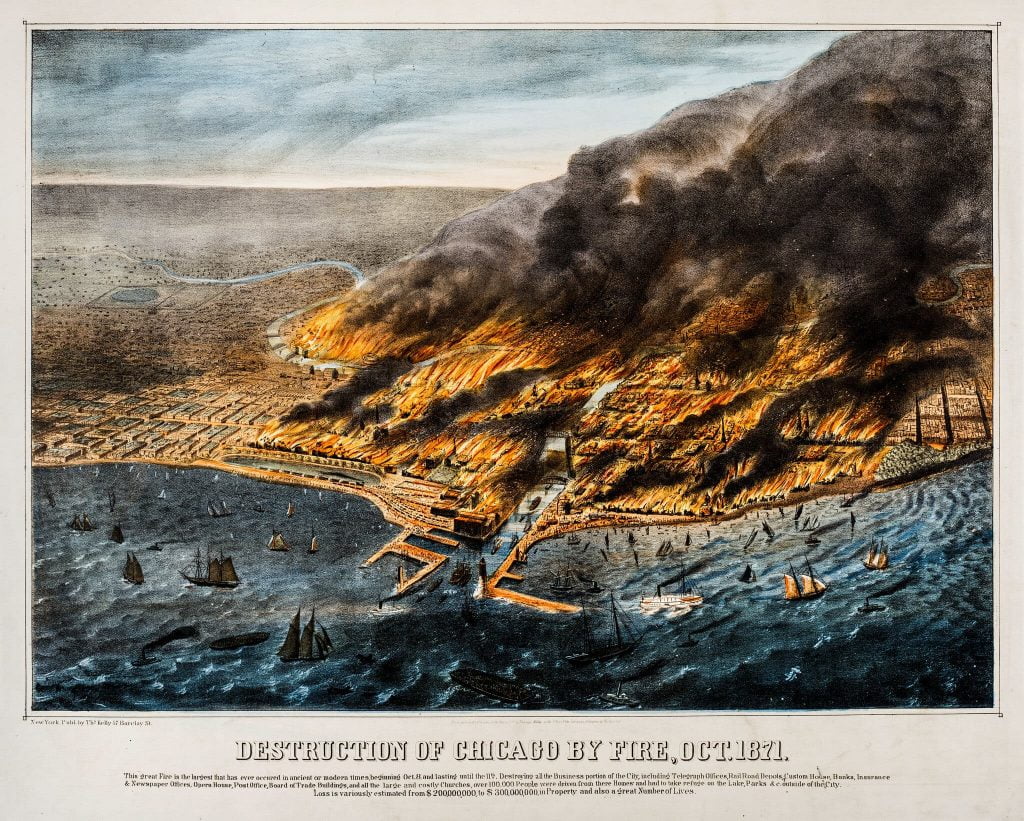 An illustration of an aerial view of the Chicago Fire of 1871 from the Chicago History Museum’s “City on Fire” exhibition. Credit...

The NYT sheds light on a new Chicago History Museum exhibit which revisits the Great Chicago Fire. This year marks the 150th of the great blaze which burned for three days in 1871, decimating the city.

Though a tragic accident, the fire eventually prompted new building improvements and regulations in fire safety. In fact, the use of steel frames to replace wood would lead to the birth of the modern skyscraper, transforming city skylines as we know them today.

This interactive exhibit displays objects rescued from the fire. It also highlights the experiences of citizens fleeing the city and eventual recovery efforts which transformed Chicago into a modern urban metropolis.

To read the full article, scroll down or visit nytimes.com.

This article also ran in the October 24, 2021 Special Museums Print Issue of The New York Times.